Finding love has become a digital experience. Whether you’re looking for a long term relationship or a one-time connection, mobile apps have changed the rules of dating.

But while it’s now easier to find a match online, ‘dating’ is more dangerous than ever. Here are some of the issues you need to consider when using an app such as Tinder or Grindr.

These apps are known for their geolocation settings, which allow users to view others by their approximate distance. All these statistics are compiled and stored by the owners or developers of such apps. When someone uses one of these services, their location is sent from their mobile device onto the app’s server. From there, country and city data, determined by one’s latitude and longitude are recorded and stored. This allows users to communicate with others nearby, without leaving their couch. Aside from the developers of the apps, the geolocation feature makes it possible for other users to determine /exactly/where you are (by hacking or good old-fashioned detective work) when chatting with them.

Location is not the only data that is collected and stored by the developers of dating apps. The user’s IP address, make and type of phone and operating system are all logged and biographical information from the user’s profile are all conveyed to third-parties such as advertisers.

Of course trends in online dating nowadays suggest that much of the information transmitted from user to user via these apps, is private in nature. Notwithstanding any privacy policy not to disclose the contents of messages or photographs sent via the apps, the data remains stored on the app’s servers.

Sending embarrassing or private photographs of yourself to anyone on the internet is never a good idea. The Court in Trinidad and Tobago recently recognised that a right of privacy may protect persons from exploitation if their private photos are leaked by someone that they know.

Of course, sending such content to total strangers raises even more problems. Dating apps are often used for nefarious purposes, which may include human trafficking or for deliberate embarrassment or even blackmail.

Dating apps may expose users to unforeseen dangers. The ease and free flow of information on the apps make users more open to criminal activity by those who deliberately misuse such information

Users are often desirous of remaining anonymous, so as to distinguish their personal lives from their online lives. Predators may find opportunities in this, leading to harassment, stalking and blackmail.

The Trinidad and Tobago Offences Against the Person Act Chap. 11:08 defines harassment as engaging in conduct such as making contact with a person, whether by gesture, directly, verbally, telephone, computer, post or in other way, to cause alarm or distress. Persons convicted of harassment may be sentenced to a file of up to $10,000 and/or imprisonment for five years. Victims are also entitled to obtain a protection order against the perpetrator of such an offence.

Despite these remedies, victims of such incidents may be reluctant to report such matters due to fear or embarrassment.

And while the developers have access to all the information mentioned above, the process of compelling a developer to disclose such data in a criminal investigation may be a lengthy and expensive one.

A quick ‘hook-up’ is the primary objective for many users of apps like Tinder or Grindr. As users chat, they may agree to meet and engage in sexual activity. However, persons my change their minds or lose interest.

It is important to note, that despite any expectation communicated via these apps that consent may be withdrawn at any time. Engaging in any sexual activity without the consent of one party will be considered as rape or sexual assault.

There have also been several reports of criminal elements using dating apps for robberies, kidnapping for ransom and assault.

Such matters should be reported immediately to the police.

It should aways be borne in mind that persons (or rather profiles) may not be what they seem to be, on these types of services. If you’re using dating apps, always apply practical common sense when chatting with others.

And remember, anything you put on the internet may remain there forever.

The information contained in this article was compiled by student attorney Kashawn Wood, for the Hugh Wooding Law School Innovation, Technology and Entrepreneurship Clinic. Kashawn recorded a podcast on this topic in March 2019, as part of his assessment for the Clinic. You can listen to this episode of the HITEC Podcast entitled “Dating apps and the law“, below. 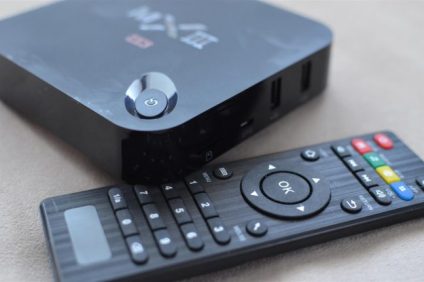 Android boxes, streaming and copyright: What’s legal and what’s not?