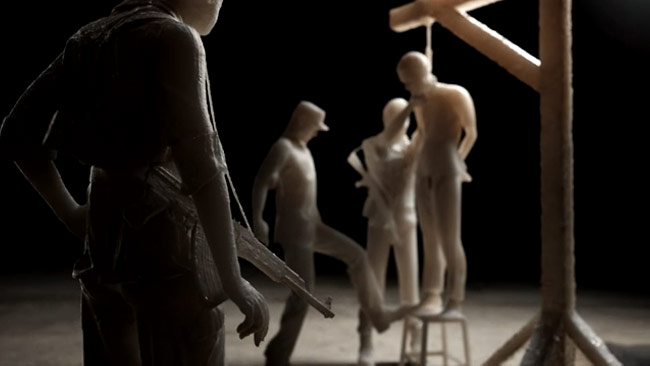 Advocating Against The Death Penalty

On 1st October 2013, the organization Greater Caribbean for Life hosted a conference at the Noor Hassanali Auditorium at the University of the West Indies, entitled “The Death Penalty in the Context of Public Security: Neither Right, Nor Effective“.

Chairman of the organization, Leela Ramdeen, described the aims of the conference as to “raise awareness and get a debate going on the death penalty and related issues, ranging from prison reform and police detection, to family life, parenting, and poverty“.

Attendees heard the first-hand account of the conditions on death-row, from former inmates  Andrew Douglas (Trinidad and Tobago) and Selwyn Strachan (Grenada). Rev. Ruth Gwenolyn Greaves together with members of the Hope Support Group, spoke about the NGO’s healing ministry for mothers of children who have been killed through violence.

Senior Counsel Sophia Chote spoke at length about the deficiencies of the criminal justice system in Trinidad and Tobago, and the mistrust of the public in those institutions.

Following the conference the organization issued the following press release:

Civil society in the Greater Caribbean calls on governments to stop crime, not lives.

Since Cuba stopped executing in 2003 and with the exception of one judicial killing in Saint Kitts and Nevis in 2008, the Greater Caribbean has been an executions-free region. The number of death sentences imposed in the region has been declining, with only 4 countries (Barbados, Guyana, Jamaica and Trinidad and Tobago) known to have imposed 13 death sentences in 2012. Trinidad and Tobago and Barbados are the only English-speaking Caribbean countries which retain the mandatory death penalty for murder. The mandatory imposition of the death penalty is an arbitrary deprivation of life as it does not allow the possibility of taking into account the defendant’s personal circumstances or the circumstances of the particular crime.

Murder rates in the Caribbean have increased in the past ten years. Faced with increasing murder rates, governments in the region have been presenting the death penalty as a crime-control measure, despite the lack of evidence of its deterrent effect, often failing to invest in more effective solutions that would prevent/curb crime in the long term and that would address the needs of victims within a Restorative Justice approach to the criminal justice system.

Under the slogan “Stop crime, not lives!” on the World Day Against the Death Penalty the Greater Caribbean for Life has called on the authorities of Caribbean nations to put the emphasis on improving the capacity of the police to detect and solve crimes and of the judiciary to conduct prompt trials, in full respect of international human rights law and standards. It also urged the authorities to implement effective measures to tackle the root causes of crime and violence, as unemployment, economic disparities, lack of community empowerment, and the shortness of victims’ families’ assistance. Such measures, together with action by Governments in the region to make the criminal law of Caribbean countries consistent with international standards, will lead the Caribbean region towards the total abolition of the death penalty.

The organizers of the conference received the support and assistance of Amnesty International.

Ms. Chiara Sangiorgio, a campaigner against the death penalty at Amnesty International, later visited the Hugh Wooding Law School and addressed students on the work of the international watchdog in its efforts to advocate against capital punishment in the region.