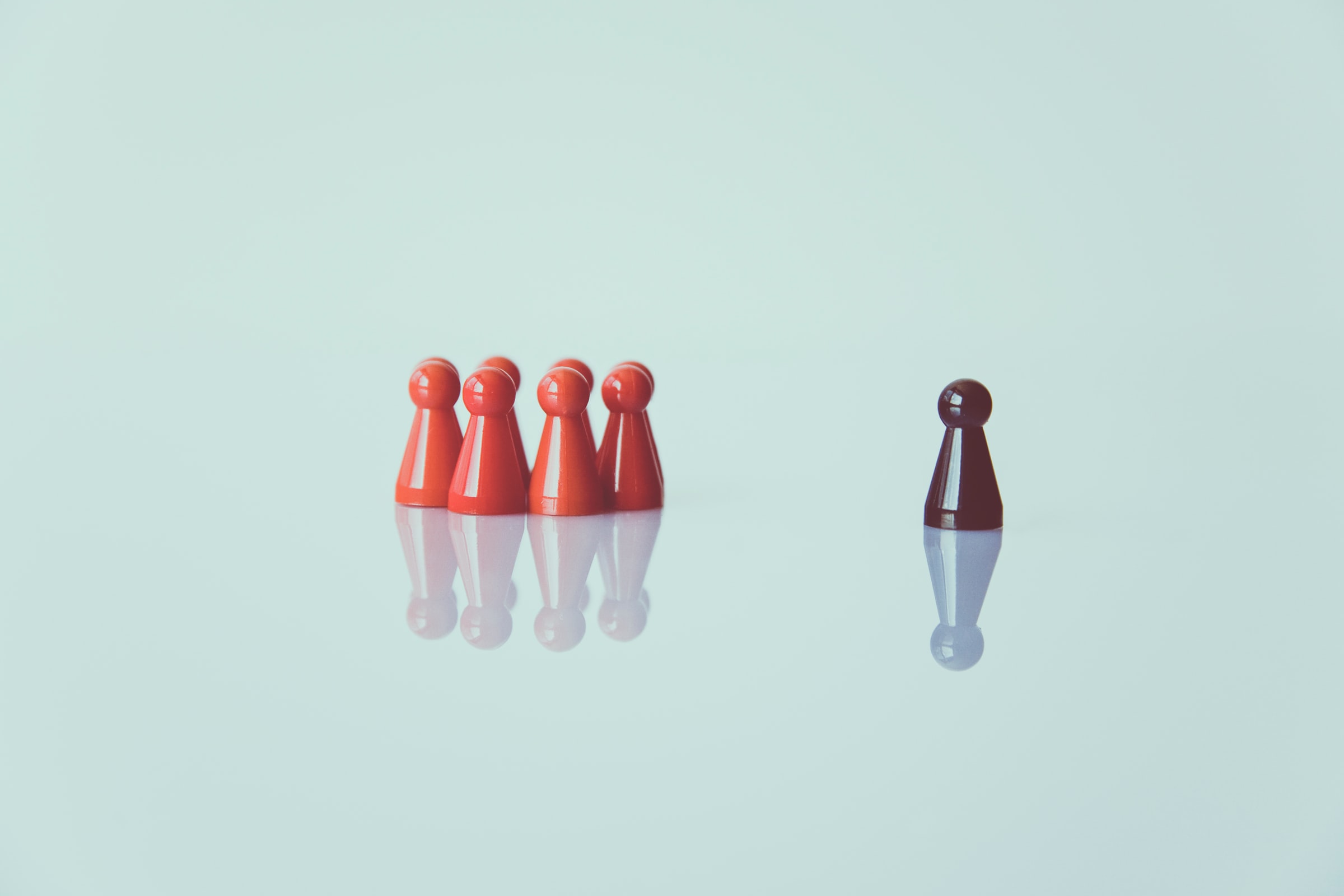 On Saturday November 21st, 2020, The University of the West Indies St. Augustine campus faculties of Law and Social Sciences hosted the second instalment of the Race Relations virtual Symposium under the theme ‘Finding an Equal Place: Confronting Race in Business and Employment in Trinidad and Tobago’.

I was given the privilege of presenting on the development of race relations and the law before the courts and the Equal Opportunity Tribunal, in Trinidad and Tobago.

The full text of my presentation is below:

When we talk about the legal position on any issue, it’s always a good idea to talk about the supreme law of our country: the Constitution of the Republic of Trinidad and Tobago.

Section 4 of our Constitution outlines the fundamental human rights and freedoms that are enshrined “without discrimination by reason of race, origin, colour, religion or sex”.

Now this subsection speaks specifically to public authorities and there have been several cases where persons employed or denied employment in the public service have been able to bring actions against the State for alleged discrimination, including on the basis of race.

But until the Equal Opportunity Act came into being in the early 2000s, there was no specific legislative instrument other than the Constitution that dealt with the issue of discrimination on the issue of race.

And of course the Act brought relief not only for persons in the public service, but also in the private sector.

So while aggrieved persons may have had some form of redress to the High Court where racially motivated disputes may have fallen under wrongful termination, breach of contract or unjustified dismissal , the Equal Opportunity Act brought specific remedies for persons who have been discriminated against on the basis of race.

Now the Equal Opportunity Act deals with several things that impact on business and employment.

The Act also deals with offensive behaviour which is reasonably likely, in all the circumstances, to offend, insult, humiliate or intimidate another person or a group of persons; is done because of the gender, race, ethnicity, origin or religion of the other person or of some or all of the persons in the group; and which is done with the intention of inciting gender, racial or religious hatred.

And of course we can imagine offensive behaviour occurring in a work or business environment, not necessarily as an employment issue, as we have seen in recent examples that have surfaced on social media and became part of the national conversation.

The EOC receives and investigate complaints from members of the public and where possible tries to conciliate such complaints.

If a resolution cannot be reached, the matter may proceed to the Tribunal which is our discrimination Court where the matter is heard and determined by the Chairman of the Tribunal with the assistance of lay assessors.

Both bodies have been operating for approximately ten years.

What that means, therefore, is that the Tribunal is a relatively young court that is still developing its jurisprudence.

Some features of the Tribunal are that it is treated as a court with its own rules and practice directions.

The Tribunal follows a similar process to civil High Court actions – documents are filed in a similar way, there are case management conferences at various stages, the Chairman gives directions for witnesses to give evidence-in-chief through witness statements and matters may proceed to full trial for determination.

In this regard therefore, the parties are usually represented by attorneys-at-law .

The Tribunal may award damages to compensate for the discrimination or offensive behaviour as well as costs.

And decisions of the Tribunal may be appealed to the Court of Appeal.

It should be noted that the Tribunal has awarded damages up to $242,000 to compensate the Complainant for the acts of discrimination in the course of their employment on the basis of race.

The most recent award was that of Dereck Salandy v Petrotrin in 2017.

The Tribunal publishes all its judgments on its website at www.eottt.org so you can feel free to go online and read them to see how the court came to its conclusion and how it formulated the award of damages.

So of course, these are steps in the right direction from a legal point of view. But there are a few things to consider.

I’ve already noted that the Tribunal is a young court and therefore the jurisprudence is still developing. While we have seen a number of cases that deal with discrimination in employment on the basis of status, that status being race, there is not yet any settled precedent on the other areas that concern business, namely the provision of goods and services or the provision of accommodation and also judgments purely on the question of offensive behaviour as it relates to race.

Then of course there is the fact that litigation, in any form or fashion, is always expensive. The EOC phase may be more friendly to Complainants and the EOC fosters the more economic route of alternative dispute resolution by mandating a conciliation session to get the parties to sit together to try to find a resolution. But where matters proceed to the Tribunal stage, dollars and sense and the psychological cost of pursuing the action comes into play. And Complainants of limited means may decide to discontinue or not pursue what may very well be a good claim, unless they can access some form of subsidized or pro bono legal representation. And I should say as well that at present State’s Legal Aid and Advisory Authority does not cover the Tribunal.

In the employment context where the alleged discriminators are corporate entities, they usually tend to have deeper pockets than Complainants.

And as with any type contentious court proceedings, there may not necessarily be a quick result if the matter proceeds to the Tribunal. The parties would therefore have to commit to every stage of the court process.

Evidence another factor that requires serious consideration and in the absence of clear documentation, the Complainant will have to determine who could be potential supporting witnesses and whether they would want to give evidence on behalf of the Complainant. Of course someone should not be able to bring unsubstantiated or frivolous complaints so there must be proper evidence.

I want to turn quickly to some of the hot topics that may rear themselves in the workplace on the lines of race.

There is always been a debate about hairstyles and what is considered to be ‘professional’. This comes up ever so often. I’m not aware of any EOT judgment specifically on hairstyles, but can we can well imagine that this is potentially an issue that may be brought before the Tribunal.

There was an example recently of audio recordings that surfaced that may fall in the category of offensive behaviour. Again, this is yet to be tested before the EOT. But again, hateful or inciting words in a workplace environment may land persons in trouble.

And then there is the vast wild wild west of social media. Many companies are now putting policies into place making employees accountable for what they post on social media, particularly if the comments may reflect negatively on the business. We have seen some development in the law of defamation in Trinidad and Tobago as it pertains to posts on Facebook and Twitter, but certainly this is an area that may also fall under the Equal Opportunity Act and I’m sure that we’ll see cases of this nature over time.

So before I end, I would like to throw out a couple questions.

I don’t necessarily have the answers but that’s why symposiums like these are invaluable.

I have seen calls from various sectors for more legislation. That begs the question as to whether the process created by the Equal Opportunity Act is sufficient to deal with race relations in the context of business and employment. We have already mentioned that there are several issues that are still untested and therefore it may be too early to say definitively yes or no.

But the bigger question is whether legislation alone can cure all of the issues as they relate to race relations in the workplace. There is always a philosophical question as to whether one can legislate moral or responsible behaviour. How can we achieve a change in the mindset of John or Jane Public? Is it only through legislation?

And what about the access to justice issue? Does more or strengthened legislation automatically mean that all our problems are solved?

As we consider these questions, I’d like to thank you for your attention and I look forward the continued discussion.