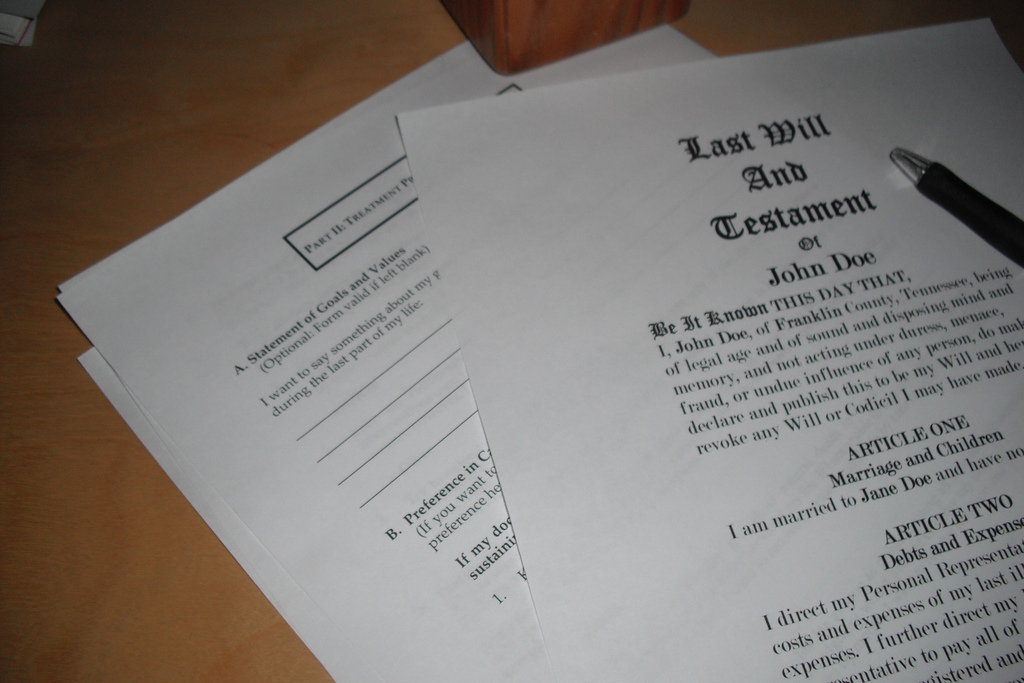 How To Make A Will

What are the formalities for making a Will in Trinidad and Tobago?

Student Attorney Tamara Dolsingh explains how a Will is to be made for the Hugh Wooding Law School Human Rights Law Clinic. Tamara’s article was published on Monday 9th February, 2015, in the Trinidad Guardian Newspaper.

A Standard Will may be defined as a revocable declaration, put into writing, stating what a person intends to happen to his property (real and personal) after his death. Simply put, it states to whom that person’s property, belongings and money goes to upon his death.

The concept of a Will is simple and a person may be inclined to put this “declaration” in writing himself. However, the law sets out certain requirements which must be followed when one makes a Will. These requirements are specifically put in place to avoid fraud.

Under section 42 of the Wills and Probate Act Chap. 9:03, a Will must be made in writing. The Act further provides that the Will must be signed at the foot or the end of the document by the person making the Will, known as the “testator.” A testator must be 21 years or over.

The Will must be witnessed by two persons who shall also sign at the foot of the will and in the presence of each other at the same time and in the presence of the testator. Each person signing the will (that is the testator and the witnesses) must possess the average ‘mental capacity’ and understand the nature of what they are signing. Someone who is to benefit under a Will (a beneficiary) must not be used as a witness.

The words of the Will must be clear and concise. There should be no inconsistencies in the different parts or clauses of the Will so that the testator’s wishes are made certain.

Why are these formalities so important?

While they may appear simple and straightforward these are the first elements that would be examined upon an application for probate of a Will. It is important therefore that a person making a Will carefully adheres to these formalities in order for the Will and gifts made to stand.