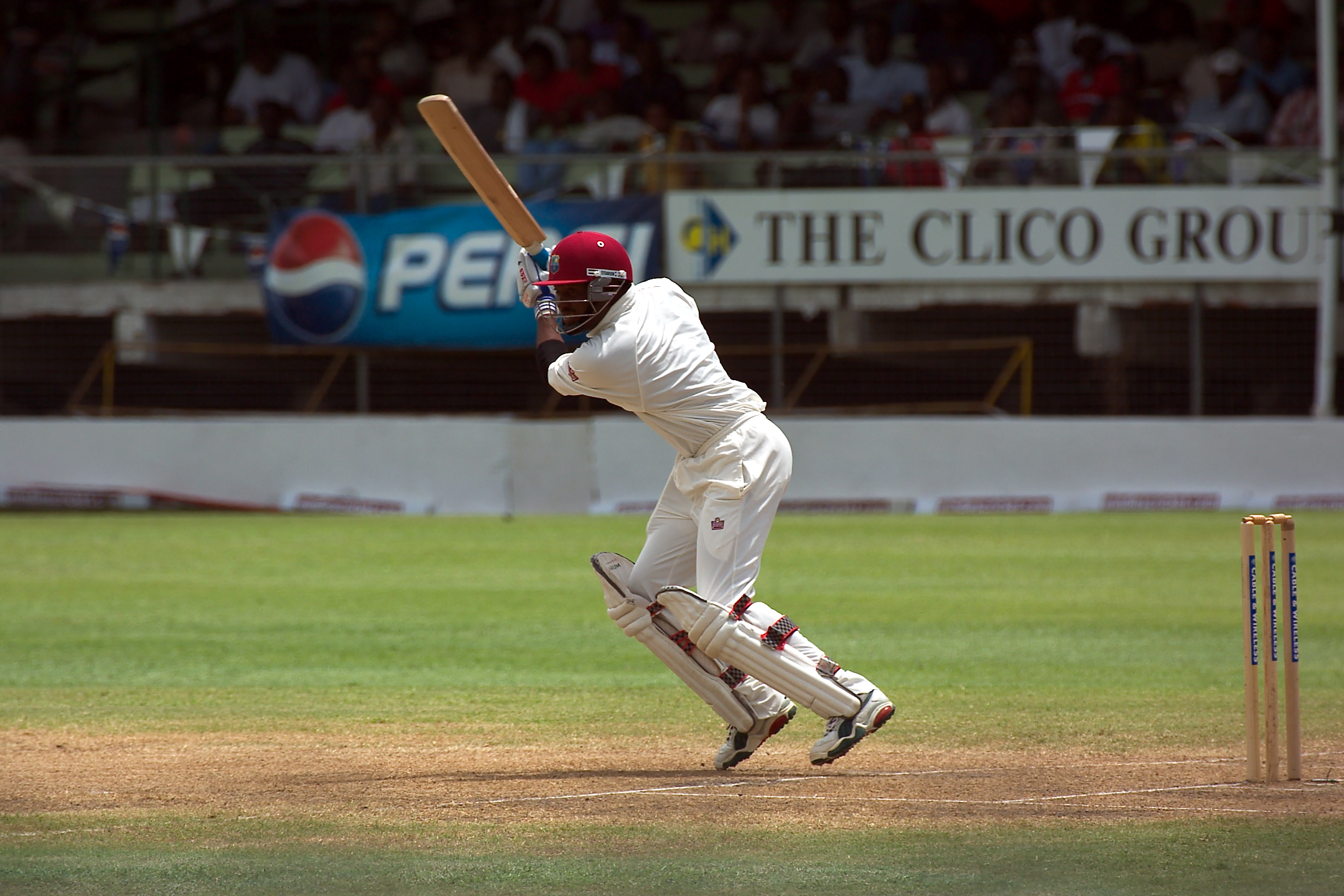 This article was originally written for the ExecutiveView.com 2010 Digital Guide , for J.D. Sellier + Co.

PUBLICITY RIGHTS AND CELEBRITY ENDORSEMENTS IN TRINIDAD AND TOBAGO

Trinidad and Tobago boasts of being the most cosmopolitan of the islands comprising the Commonwealth Caribbean. With a population descended from Africa, Asia, Europe and the Middle East, the twin-island nation has developed a distinctive culture which has been exported throughout the world. The islands have also gained prominence in recent years through achievements in sport. Many of the country’s cultural and sporting icons have gained international recognition, and countless more have gained celebrity status among a population of approximately 1.3 million people. In such a relatively small society, the popularity of such persons is often magnified.

The widespread popularity associated with celebrities often leads merchants to create an association with their products or services, in a market in which individuals not only want to worship and emulate their idols, but also to possess them.[i]  This association is frequently unauthorized, resulting in the commercial exploitation of valuable personality features, such as the name, likeness, voice and other identifying characteristics of such persons. The advent of social networking websites, blogging, and online marketing has created a new realm of mass media in which such celebrity exploitation occurs.

While everyone should be entitled to protection against the appropriation of their personality, particularly in the era of identity theft, it is celebrities who have become the primary target of commercial exploitation, as their identities are often viewed as commodities in their own right.

In the United States, a ‘right of publicity’ has emerged to “protect the economic interests that a (usually famous) person might have in his own image”.[ii] In Trinidad and Tobago however, like most Commonwealth jurisdictions, the right of a celebrity to control the value and exploitation of his name, likeness or other personal indicia, is governed by the law of copyright, trade marks, passing-off, and unfair competition. As a former colony of Britain, the laws of Trinidad and Tobago are generally based on United Kingdom law, and local courts continue to receive the doctrines of common law and equity.

The Copyright Act of Trinidad and Tobago describes the original owner of copyright as the ‘author’ who has created the work.[iii] In this regard, the author of a photographic work is undoubtedly the photographer, and the law provides no proprietary rights to the actual subject of the said photograph.

Trademark law has traditionally proven to be difficult for celebrities in an attempt to protect their identity. In the United Kingdom case of Elvis Presley Trade Marks[iv], the court held that the mark “Elvis Presley” had very little inherent distinctiveness. It concluded that members of the public who purchased Elvis Presley merchandise did so, not because they believed it originated from a particular source, but because it carried the name or image of the rock and roll legend.[v] The provisions of the Trinidad and Tobago Trade Marks Act[vi] do not grant any protection to the image or likeness of a celebrity.

Carnival is the most well known festival in Trinidad and Tobago. Hundreds of masqueraders parade in several ‘bands’, with each band depicting a particular theme and competing against each other for the title of ‘Band of the Year’. The registration of masqueraders in these bands has become a very lucrative business, and there is a growing trend of appropriation of celebrity personalities in this area. Photographs depicting local celebrities participating in Carnival activities have been used to imply an association with books, DVDs, Carnival concerts, and even the bands themselves. It should be noted that there has been very little litigation arising from such misappropriation, with many of these matters being settled out of court.

The Trinidad and Tobago Protection Against Unfair Competition Act[vii] provides the most comprehensive coverage on this issue. The Act states that any act or practice in the course of industrial or commercial activity that causes or is likely to cause confusion with respect to the activities, products or services of a celebrity[viii], or dilutes the goodwill of a celebrity[ix], constitutes an act of unfair competition, entitling any aggrieved party to remedies obtainable under the civil law of Trinidad and Tobago. The Act defines the ‘dilution of goodwill’ as “the lessening of the distinctive character or advertising value of a trade mark, trade name, or other business identifier, the appearance of a product or the presentation of products or services or of a celebrity or well known fictional character.” While it is clear that the misappropriation of a celebrity’s personality is an act of unfair competition, the Act has not been tested by the courts in Trinidad and Tobago, and the jurisprudence of other territories must be examined.

Traditionally, the tort of passing-off has been relied upon in most jurisdictions to protect the rights of celebrities in such cases. Author Christopher Wadlow has defined the essential elements of the tort as follows: “Passing-off is concerned with misrepresentations made by one trader which damage the goodwill of another. Misrepresentation, damage and goodwill are therefore the three essential elements of the tort. It is worth adding that liability for passing-off is not affected by the defendant’s state of mind. There is no fourth element requiring the defendant to be fraudulent, malicious or even negligent.”[x]

The presence of the three essential elements of the tort, namely the goodwill associated with a celebrity’s image, the misrepresentation thereof and the damage to the celebrity’s economic interests, is often difficult to prove in actions of this nature, and it has been argued that the tort of passing-off is not sufficient in this regard.

“Just as the law recognizes property in goodwill of a business so must the law recognize that property rights attach to the goodwill generated by a celebrity’s personality. On that basis those rights are violated where the indicia of a celebrity’s personality are appropriated for commercial purposes. And the principles of unjust enrichment demand that a person must not ‘unjustly’ benefit at the expense of another.”

The court went on to hold that Bob Marley, as a celebrity both at home and abroad, had an exclusive right, which would survive his death, to the use of his name likeness and image, which could be commercially exploited by him or his assignees, and further that invasion or impairment of that exclusive right resulting in damage would constitute this distinct tort.[xiii]

The Bob Marley case has not been affirmed by appellate courts in the Commonwealth Caribbean, and it is thus useful to examine the position in other Commonwealth territories which may be persuasive in local courts.

The position in Canada is perhaps the most robust on the issue of appropriation of personality. In Krouse v Chrysler Canada Ltd.[xiv] the Ontario Court of Appeal in rendering its decision recognized that it is possible to establish a tort of appropriation of personality, even if no passing-off is established. The case was developed Athans v Canadian Adventure Camps Ltd.[xv] in which a waterskiing expert sued a camp and a public relations firm after they published a distinctive photograph of him, reworked as a line-drawing inside a camp brochure, without his consent. The court held that the defendants appropriated the plaintiff’s personality for the deliberate purpose of associating the plaintiff with the defendant camp, thereby infringing on his exclusive right to market himself. Henry J. noted:

“The commercial use of his representational image by the defendants without his consent constituted an invasion and an impairment of his exclusive right to market his personality. This conduct gives rise to an action sounding in tort that is separate and distinct from any action based on infringement of trademark or copyright, should that exist.”

In the United Kingdom, the most groundbreaking decision in recent years is the 2002 case of Irvine v Talksport Ltd.[xvi] which concerned a photograph of race-car driver Eddie Irvine holding a mobile phone. A publicity photo which was validly licensed to the defendant had been manipulated to show a radio bearing the words “Talk Sport” instead of the phone. The image was then used commercially by Talk Sport Radio to advertise its programming. In a departure from previous cases, Laddie J. concluded inter alia that there was no necessity for a claimant to establish that there was a common field of activity between the activities or business of the claimant and that of the defendant in order for the claimant to maintain an action in the tort of passing-off. His assertion that “Mr. Irvine has a property right in his goodwill which he can protect from unlicensed appropriation consisting of a false claim or suggestion of endorsement of a third party’s goods or services” was a significant step in the development of the law in this area, providing a proper cause of action that reflects modern marketing practices.[xvii]

The courts in Trinidad and Tobago have not addressed the issue of publicity rights, and thus practitioners must continue to look towards developments in the law in other jurisdictions to protect the interests of persons whose fame has been exploited for commercial purposes. Congratulatory messages for high-achieving sporting personalities frequently appear in the daily newspapers with photographs of the subject celebrities, accompanied by the logos of ‘well wishing’ companies, creating unofficial endorsements. The United Kingdom has implemented Data Protection and Human Rights Acts, which give greater protection to privacy, however such legislation remains lacking in this country. As noted earlier, the laws of other Commonwealth jurisdictions, particularly those of the United Kingdom, remain the most persuasive precedent to our courts.

[vii] (Protection Against Unfair Competition Act of the Laws of Trinidad and Tobago Chap. 82:36)

Copyright Act of the Laws of Trinidad and Tobago Chap. 82:80.

Protection Against Unfair Competition Act of the Laws of Trinidad and Tobago Chap. 82:36.

Trade Marks Act of the Laws of Trinidad and Tobago Chap. 82:81.